Obsessive Compulsive Disorder in Adults: Which Treatment is Better?

Obsessive Compulsive Disorder in Adults: Which Treatment is Better?

Obsessive Compulsive Disorder (OCD) in Adults:
Which Treatment is Better?
Lancet Psychiatry published a systematic review and network meta-analysis with the aim to simultaneously compare all available treatments for OCD using both direct and indirect data.

Important findings from this study:
* SSRIs are generally equally efficacious, with no evidence to suggest that one drug is better than the others.
* Clomipramine showed a trend for a larger effect than with SSRIs that was not statistically significant.
* For pharmacological management, the recommendation to use SSRIs rather than clomipramine as the first-line agents is supported by these findings.
* In main analysis, CBT had a smaller effect than that of behavioral or cognitive therapy.
* Analysis shows that all psychotherapies were more likely to lead to a larger effect than were medications.
* For non-pharmacological management, all three types of psychotherapy are probably more efficacious than is non-specific therapy, but evidence is limited to patients taking stable doses of antidepressant medication before initiating psychotherapy. 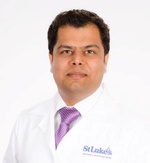